Copying and distributing are prohibited without permission of the publisher.

The awards honoured banks, issuers, attorneys, accounting firms and deals that stood out in 2018, navigating the European structured finance market at a time of rapid transition for the industry.

It was the first time GlobalCapital has hosted these awards since before the financial crisis. The turnout, we think, was outstanding. The publication received nominations over a month long period. These, combined with review among market participants in Europe and GlobalCapital's own research, were used to compile a shortlist of three nominees in each category. The voting for the winners took place over another month. 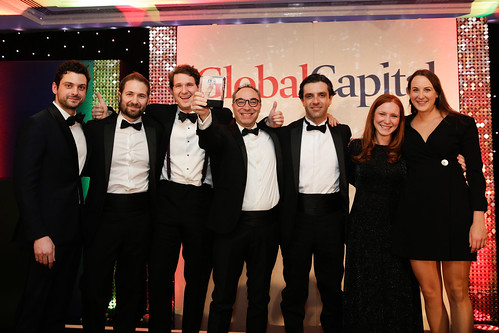 In total, we received nearly 1,300 votes in the poll and took pitches from nine banks.

GlobalCapital would like to thank all who attended the event in London, everyone who took the time to vote and the banks that put the time in to pitch. We hope to see you all again next year.

See below for a full list of the night's winners

Securitization Bank of the Year - Bank of America Merrill Lynch

ABS Bank of the Year - Citi

Securitization Trustee of the Year - Citi

Securitization Issuer of the Year - Together Financial Services

CMBS Issuer of the Year - Bank of America Merrill Lynch

RMBS Issuer of the Year - Lloyds

Read the magazine on your mobile device